Dreams Inside The Jumble Jar 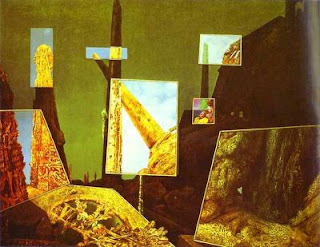 DAY AND NIGHT BY MAX ERNST 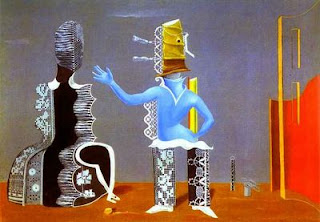 THE COUPLE IN LACE BY MAX ERNST


Carl Jung & the collective Unconscious from the Skeptics Dictionary:

The collective unconscious is a part of the unconscious mind common to all humans. According to Carl Jung, the collective unconscious contains archetypes, universal mental predispositions not grounded in experience. Like Plato's Forms (eidos), the archetypes do not originate in the world of the senses, but exist independently of that world and are known directly by the mind. Unlike Plato, however, Jung believed that the archetypes arise spontaneously in the mind, especially in times of crisis. Just as there are meaningful coincidences, such as the beetle and the scarab dream described in the entry on synchronicity, which open the door to transcendent truths, so too a crisis opens the door of the collective unconscious and lets out an archetype to reveal some deep truth hidden from ordinary consciousness.

So here's a few lines of verse pulled reluctantly out of my head & soul as it were for your amusement :

Sharing Our Dreams:
Dreams Inside the Jumble Jar
by Gordon Coombes